MEOWS!!!!! The last two survivors from the Ninth Street Ninjas, the free roaming colony I assisted with relocated in 2016 have turned a corner! They used to really shy away from the house, retreating to the shed most of time, and being very elusive. Now they are the ones hanging at the door to the house. But, then, they HAVE been getting really spoiled lately. I thought we were going to lose Callie LAST summer, she got SOOOOO thin going from her chest into her hips! But she persists. And we have been holding somewhat of a vigil for Cheetah. He usually hardly walks, but at times does dash 15 or 20 feet. He also sometimes seems VERY aware, but will not notice me put food directly in from of him. Callie won't quite let ME touch her, but Patty can pet her a little. And Cheetah is is bolting less and less when i touch him. I kinda doubt they will both last the summer. Even with water and blocks of ice for cooling - if they use it. I fear that soon they will both be gone, but it warms my
Post a Comment
Read more 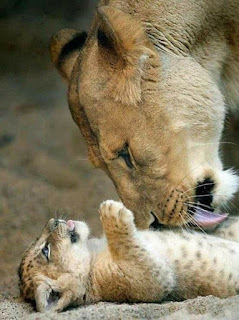